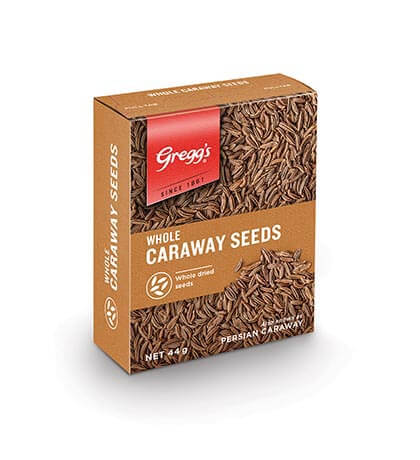 The seeds have been used to flavour food for around 5,000 years in the Mediterranean and Middle East. Caraway is produced in Holland and is commercially cultivated all over Europe as well as in Turkey, India and North Africa.The small, tannish-brown seeds have a flavour similar to a blend of dill and anise - sweet but faintly sharp and bitter.Caraway is particularly popular in Europe and is used to add flavour to baked products such as rye bread and bagels. It is also used extensively in cheese making and is the spice used in seed cake.