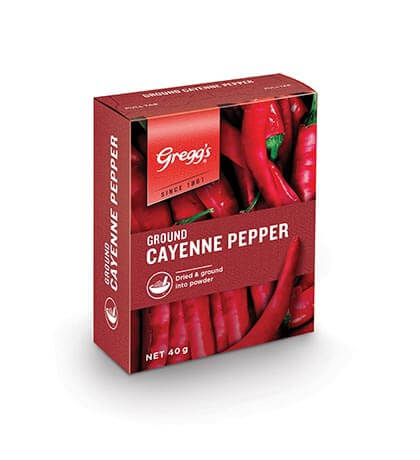 Cayenne pepper is particularly important to Cajun, Creole and Mexican cuisines as the chillies used for this ground spice are all native to Central and South America - specifically named after a city in French Guiana. Although there are numerous sources of cayenne pepper, India, Pakistan and China are the major producers.The spice's musty flavour combines with floral, spicy and hay-like notes to give cayenne pepper its characteristic profile. This earthy, hot chilli powder is a natural partner for rich and sweet foods such as cheese, egg and corn, as just a pinch elevates the dish, giving it greater interest.Cayenne pepper is most useful when heat needs to be added to a dish without a significant change in the flavour.