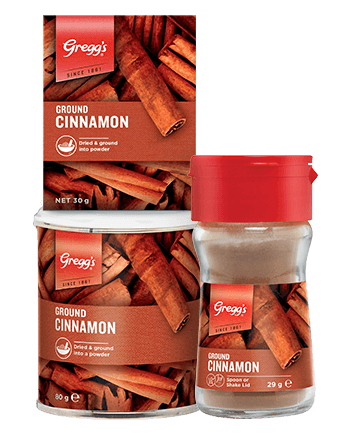 Cinnamon is from a tropical, evergreen tree of the laurel family that grows up to seven metres in its wild state. Cinnamon quills (rolled from the inner bark of the tree) are ground to a fine, dusty aromatic powder to produce ground cinnamon.Cinnamon is a mild, warming, sweet-flavoured spice used in both savoury and sweet dishes, however in Western cooking is most often used in baking and desserts and is especially good with chocolate. Cinnamon is used in curry powders, mixed spice, Mexican moles, garam masala, pickling spices and Cajun spice blends.